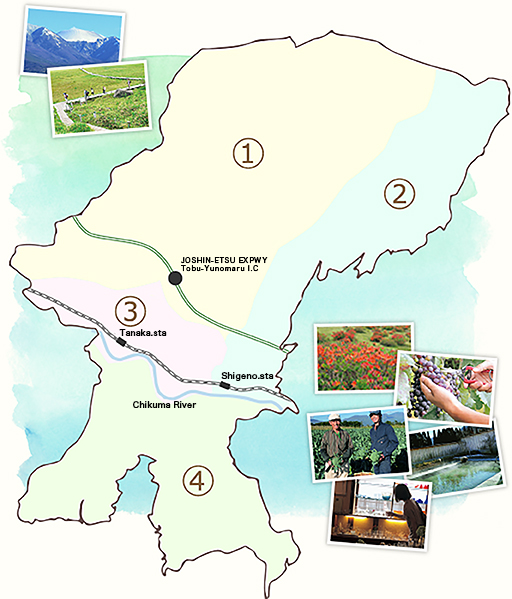 Tomi City was created through the merger of Chiisagata district’s Tobu Town and Kitasaku district’s Kitamimaki Village. Located in the eastern part of Nagano Prefecture, Tomi has Joshinetsu Kogen National Park’s Asama mountain range at its back to the north, while to the south is seen the majestic Tateshina and Yatsugatake mountains. Beautiful scenery is spread through the area, including rich nature such as forests that cover more than half of the city’s land, fields that make up another quarter of the area, and the east to west flowing Chikuma River. Thanks to this blessed environment of abundant nature, very delicious agricultural and livestock products are raised here and many special local products are created here.

The region from the Chikuma River northward is a gentle south-facing slope and the southern side of the river is a plateau. And since Tomi receives little rainfall and has many sunny days relative to the rest of Japan, it is a very comfortable environment to live in.

Because the weather is cool in summer mornings and evenings and the humidity is low, the hot season is not uncomfortable. Also, since winter has less precipitation in the plains, little shovelling snow and snow removal is necessary.
Because Tomi has such a pleasant environment, it received first place in Nagano in 2015’s nationwide municipal district livability ranking. It even received third place in the prefecture for livability for the working generation.

Access to Tokyo is good. Tomi has the Joshinetsu Expressway’s Tobu-Yunomaru Interchange, Shinano railway’s Tanaka Station and Shigeno Station, so access from Tokyo can take as little as 1 hour and 30 minutes. There is also excellent access to Nagano Prefecture’s major cities such as Nagano City, Matsumoto City, and Karuizawa, which are only about 1 hour away. 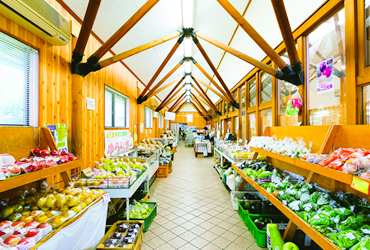 Located in north-central part of the city, the Netsu area is a nature-rich region on the southern slopes of Yunomaru Mountain in the Asama mountain range.

In this area, the city’s only main local road exiting the city to the north, the Tomi-Tsumagoi Line, runs north and south and crosses both the Joshinetsu Expressway and Asama Sun Line running east and west. 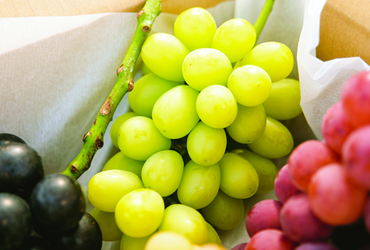 Located in north-western part of the city, the Kano area is a nature-rich region with broad forests on the southern slopes of Eboshi Mountain in the Asama mountain range.

The Joshinetsu Expressway and Asama Sun Line run east and west through the center of the area.

Within the district, there’s Agri Village and Tomi Yurarikan, a place of urban and rural interaction where spa facilities, a produce center, and facilities for the processing of agricultural products have been established. In addition, the Kano area is blessed with nationally designated cultural assets such as the Sunohara family house and the Kodama family house. 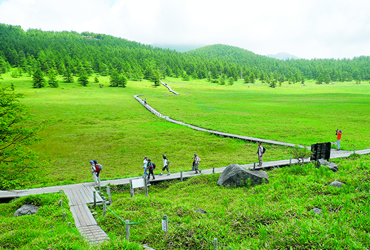 Located in the city’s northeast, this area is a long district stretching out from north to south that has forests spreading out along the southern slope of Asama mountain range’s Sanpogamine Mountain, as well as the Chikuma River flowing through it’s southern section.

The Ikenotaira Marshlands spread through the crater floor of Sanpogamine and are the treasure house of alpine plants and hygrophytes. In the southern area, Route 18 runs east to west and the Shinano Railway runs parallel to it with its Shigeno Station being located here. 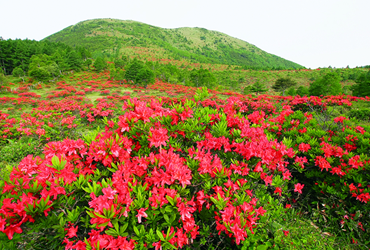 The area is blessed with cultural resources and is home to the national historic site called the “Indate Stone Tool Era Dwelling.” Enjoy Yunomaru Highland throughout the year with the allure of spring azaleas, the dark greens of summer, autumn foliage, and winter ski slopes. 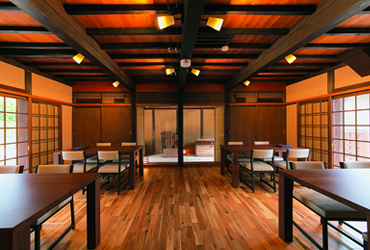 Located in the city’s midwest, adjacent to Ueda, this area has a town center with a collection of shops and city facilities. Route 18 and the Shinano Railway run east to west through the area with Tanaka Station being located in the area’s center.

In addition, along the Chikuma River the Hokkoku Kaidō highway and Unnojuku, selected as a “National Conservation District of Traditional Buildings,” have been preserved in their original appearance and are popular with many tourists including local people. (“Kaido” means an important road from Japan’s Edo period.) 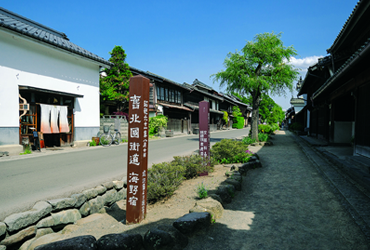 Unnojuku’s harmonious traditional streetscape is attractive for its buildings of the Hatago style from the Edo period and silk cultivation buildings built during the thriving silk industry of the Meiji era and later.

With the traditional houses being preserved until modern times, and with the area being selected as one of “Japan’s Hundred Best Roads” in 1986 and as a “National Conservation District of Traditional Buildings” in 1987, the whole road area has become an important cultural property. 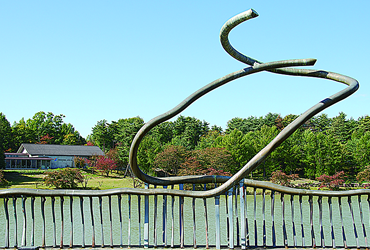 Art Village Park spreads out around Myojin Pond.
Yaehara, Kanroku mountain was the final home of the Naoki Prize winner, the late writer Tsutomu Mizukami. In recent years many different people, desirous of life on a wide plateau, have sought to live here.

At the heart of this area is Myojin Pond, surrounded by abundant nature and with the symbolic “The Balustrade Way”, produced by local-born Toyomi Hoshina from Kitamimaki village.
The pond shows a beautiful countenance in the sunlight.

Enjoy time lying around on the grass in your own way, stay in the cottages and other accommodations and savor the fresh morning air. Your senses will be honed through spending a beautiful green time here. 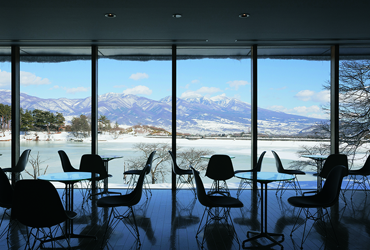 Kitamimaki district is located in the south of the city.
The Kakuma River flows through the central part of this area from south to north. Mimakihara Plateau to the east and Yaehara Plateau to the west sandwich the river between them.
Rural landscapes spread through the entire district, which has been designated as agricultural land.