Mid-June to early July is the best time to see the azaleas of Yunomaru Highland.
This video shows what the event was like in 2016.

A mountain lift to Azalea Plain runs in the summer. 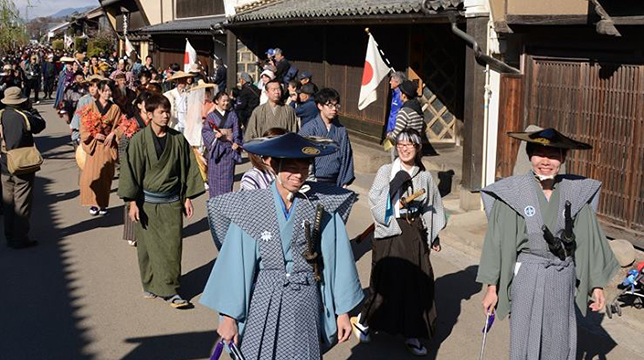 This is a festival held on November 23 (Labor Thanksgiving Day) at the former Hokkoku Kaidō Highway Unnojuku. Many activities are offered, including period costumes and Urayasu dances, a rickshaw service, and the sale of specialty products such as “Walnut Ohagi (sweet rice balls)” and “Hoto Noodles”. Let’s enjoy meeting the local people in the atmosphere of the Edo period for one day in late autumn.

※ If you are coming by car, please use the shuttle bus to / from the city hall as much as possible as there are few parking lots. 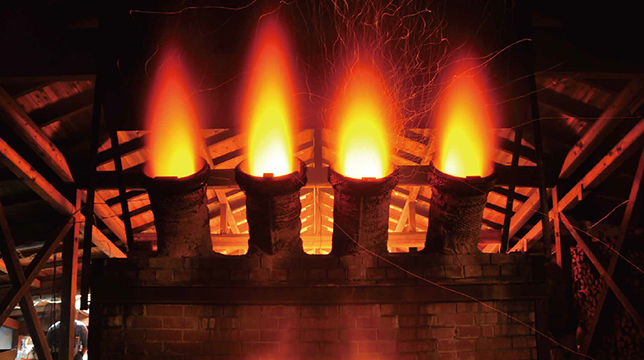 This is an art festival held each year in October at Art Village Park.

Interesting items related to “fire” and “art” such as art candles, fireworks and a climbing kiln are on display. There are also workshops, pottery / craft markets, outdoor stage events such as live dancing, and the “A Taste of Tomi” section where you can taste the produce of Tomi City. 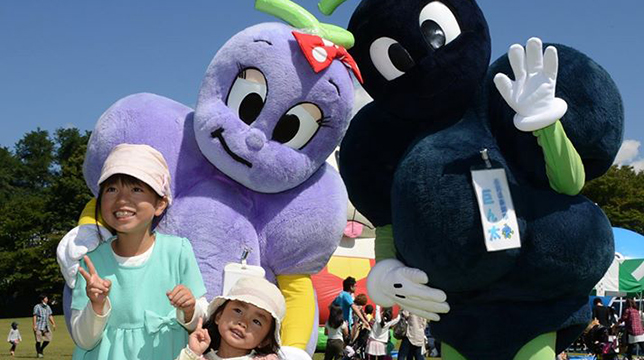 This is a festival centering on the harvest festival of Kyoho Grapes, and is held in the central area of Tomi Central Park on the third weekend of September. Kyoho Grapes and various other grapes are sold, and stage events such as dances and songs are performed. 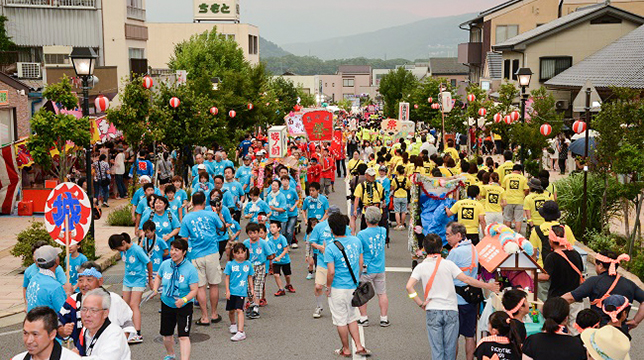 This is a citizens’ festival held on the first Saturday of August.
The whole Tanaka shopping district becomes a stage for singing and dancing, with food stands and various events as well. The climax of the festival is a parade dance for men and women of all ages to the original song “~ Connect your Hearts ~ TOMI, to me!”