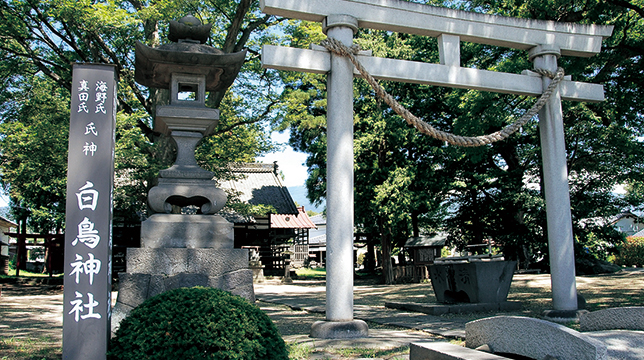 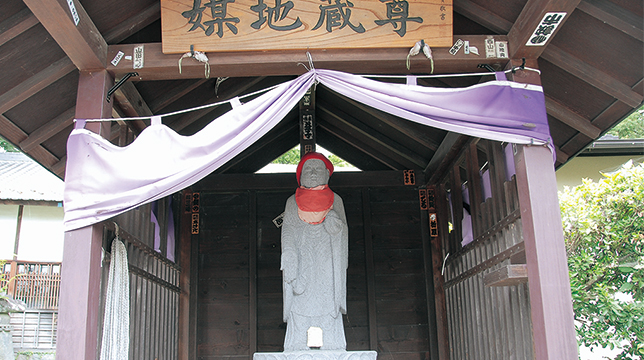 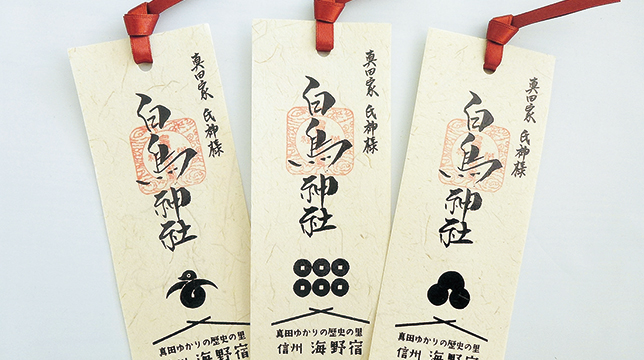 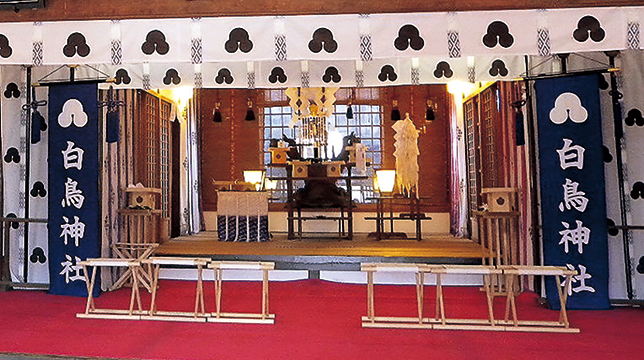 Motounno, the land where “Unnojuku” is located, is the birthplace of the Unno clan of the Shigeno greater clan, which is regarded as the ancestral clan of the Sanada clan, a clan with famous generals from the Sengoku period, and from the Heian period to the Kamakura and Sengoku periods was their main territory. The Sanada clan prided themselves on being the Unno clan’s successors. During the construction of Ueda castle in 1583, Masayuki Sanada called the residents of his ancestral land Unno Village and built the town of Unno below the castle and in front of the Ote gate. Therefore, it became known as “Motounno (The Original Unno)”.

Shiratori Shrine, which is the birthplace god of Unnojuku, was worshiped as the god of the Unno clan and the Sanada clan, and is a historical shrine auspicious for the legends of Yamato Takeru.
Yamato Takeru and the ancestors of the Unno and Sanada clans, Shinno Sadayasu and Yoshibuchiou were made the gods of Shiratori Shrine, and the shrine received cordial faith from the Sanada family for many generations. That miracle is talked about in the Sanada military record Matsushiro Domain History Book (Matsurashiro Hanrekishisho / Sanada Gobukoki) and in tradition.

In 1541, when Nobutora Takeda attacked Unnotaira and the Unno clan was driven to destruction,
a goddess appeared before the eyes of Yukitaka Sanada (listed as the grandson of Munetsuna Unno in the Shiratori Shrine genealogy), who was prepared for death. She told him, “Take this halberd and go out and you will be able to survive to the end. I am sent by Shiratori Shrine.” The goddess disappeared once she handed him the halberd. This is the miracle of Shiratori Shrine. Yukitaki gathered one party into a circle and tried to break through the center of the enemy’s force, causing the enemy to give way to that momentum. After escaping the battlefield, Yukitaka reconstructed the house serving Shingen Takeda.

In 1600, as a post-war process after Sekigahara, Nobuyuki Sanada inherited his father Masayuki’s estate and family estate but Masayuki and Yukimura were exhiled to Kudoyama on December 13.
Two weeks after that on December 26th a document for property and rights was issued by Nobuyuki to Shiratori Shrine. According the oldest historical material to depict the reign of Nobuyuki, who became the lord of Ueda, Nobuyuki inherited the burden of the Sanada family and their ancestral estate alone so it can be said that he prioritized the worship of Shiratori Shrine which is the guardian deity of the clan.

In 1622, when they moved from the Ueda territory to Matsushiro, a white bird flew down on Nobuyuki’s basket and asked to travel together. As soon as they moved to Matsushiro, a glowing object flew from the east and told them where Shiratori Myoujin should be enshrined. In 1624, Nobuyuki enshrined Shiratori Shrine at Matsushiro Maizuru Mountain. Later, Nobuyuki and Shiratori Shrine were worshipped as founders of the Matsushiro clan and the Sanada clan lasted for generations.

The Shiratori shrine left in Unnojuku was carefully revered, and Permanent ten Stone were donated by Matsushiro’s eighth lord Yukitsura Sanada in 1846. Also in the Taisho period 20,000 pieces of silver were given by the Earl of Sanada.

On an old map depicting the formation of the first Ueda battle in 1585, 18-year-old Sanada Saemon was depicted in the south of Unnojuku as Yukimura’s army packed into the area around the old Unno castle. You can see the image of the Tokugawa army opposing them from the Yaehara plateau across the Chikuma River.

Sanada’s guardian god “Shiratori Shrine” sightseeing tour You can go up to the hall and worship, and also hear explanations from the chief priest.
You can also be guided to precious treasures that can not usually be viewed.
Please stop by.